Plant roots, bugs, and ground burrowing animals call soil their home. One particular ground burrowing animal is a soil guardian. Moles are known for creating tunnel systems underground and for being garden pests. Even though they are pests, they play a key part in maintaining soil health. When moles create tunnels underground they are aerating the soil by shifting soil particles and allow for organic matter to travel deeper and subsoil to travel towards the surface. Moles also eat certain grubs that cause damage to plants and add organic matter to the soil. To the eye of the average gardener, moles are perceived as a nemesis. Fear not! Don’t make a mountain out of a molehill. Moles are caretakers of our soils. 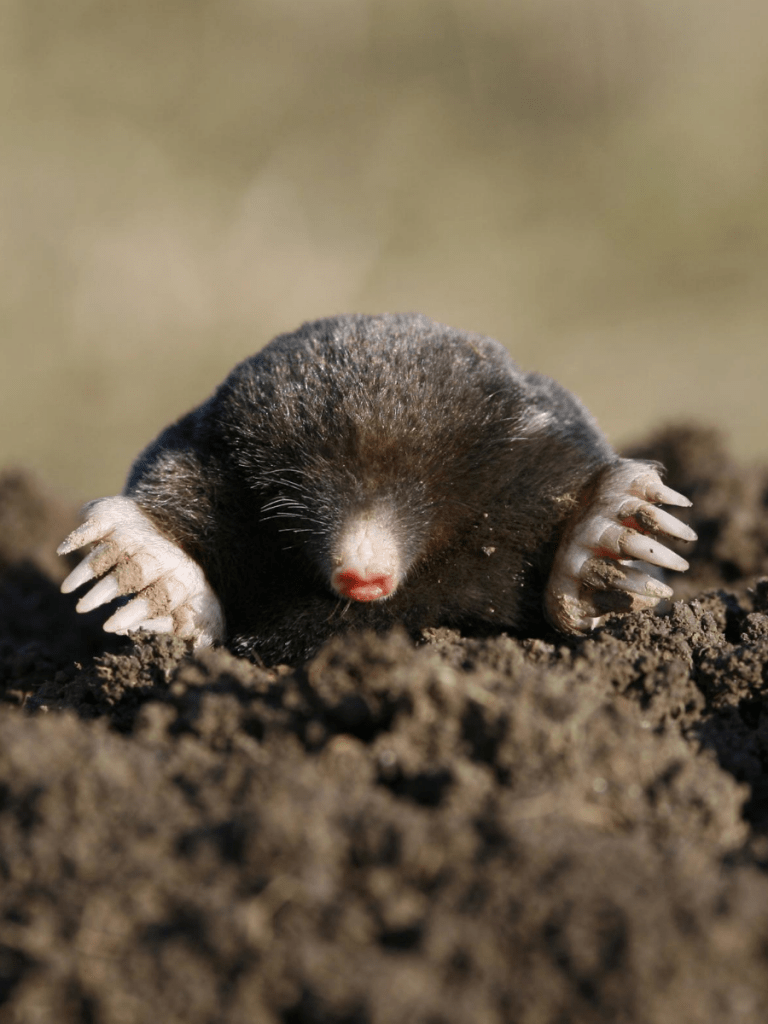