Well, to start, there are many ways of observing all of what’s beneath our feet. We can look at it from a vertical perspective, and see each layer of it as it goes further underground, or we can analyze more of what’s on top. We can learn a lot from just the texture and formation of the soil alone, based on its shape and texture. Let’s dig into what all of this means!

To start with, there are six layers (more commonly called horizons) of soil underground. The first layer, called the O horizon, is the organic matter. This is the top area of soil you would normally dig up, with lots of life already incorporated into. This leads into the A horizon, which is the topsoil, or the soil that is directly underneath all the organic material. This layer is typically darker in color and also houses many of the deeper plant roots. Below the A horizon is the E horizon, which is also called the leached layer. The “leached” effect is from the lack of organic matter in this area, as well as the amount of clay and sand particles. After the E horizon comes the B horizon, or subsoil, which is where all the nutrients from the above layers end up. It has a large amount of clay in it, which makes it the most colorful layer out of all of them. Below the subsoil is the C horizon, or parent material, which is what initially formed the soil. The parent material is most commonly rocks moved by glaciers, formed over large amounts of time. Finally, below the parent material, is the R horizon, or regolith. Basically, it’s just a layer of rocks- there’s really not a whole lot to it.

Another way information can be taken from the soil is through the texture. The three textures are sand, silt, and clay, and each one shows different qualities of the soil. We can measure the amounts of each type through the soil textural triangle, but first need to know what each of these means. The first, sandy soil, is typically dry and does not have a lot of nutrients in it, and also has quick water drainage, and is the largest separate. The next texture, silt, is smaller than sand, but larger than the third, clay. Silt can be moved around easily, and is light with good water retention and drainage. The last texture is clay, which is the smallest separate. It has the distinct feature of being able to be made into shapes when wet. It has excellent retention, but can be difficult to work with. 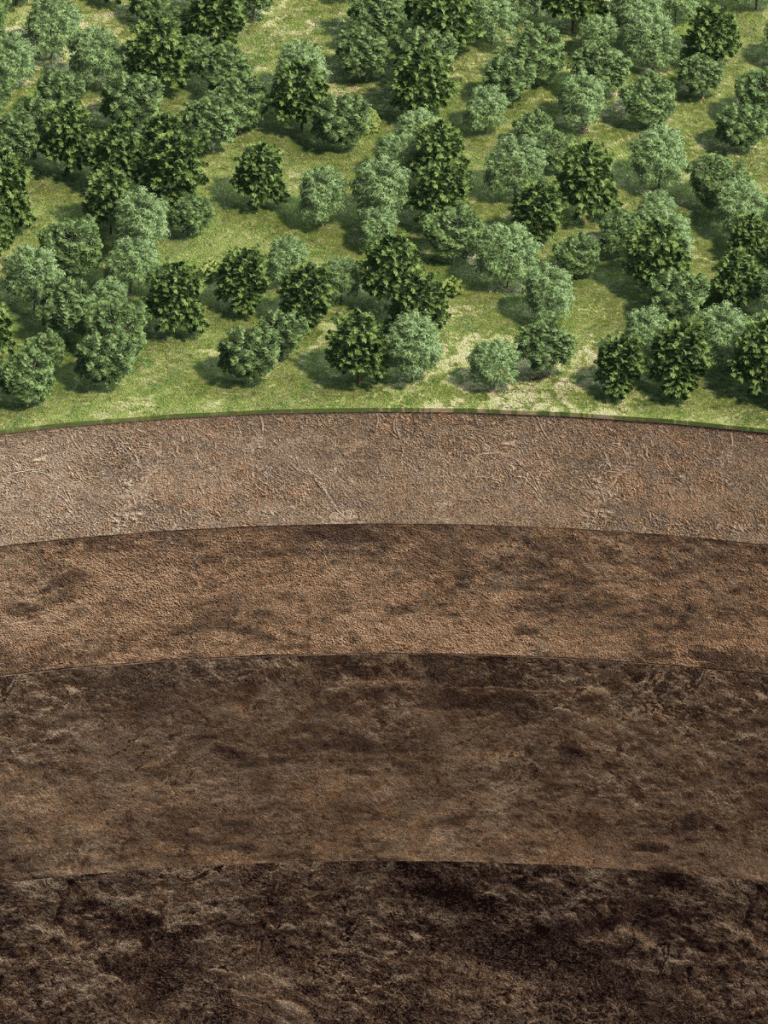